How to Make Money Flipping Phones for Major Profit (Make $14,000)

Want to make over $14,000 a year by buying and reselling cell phones for a profit? Get started flipping phones and start making extra money this weekend.

One thing we can all agree on: Making extra money is always a good thing.

Are you looking for another money-flipping strategy to flip your money today? Then you’ll love this advanced step-by-step guide on how to make money flipping phones, or iPhones specifically.

In fact, did you know that you can make $13,653.48 (or more) extra a year just by flipping cell phones on a monthly basis? I’ll detail how I did it and you’ll learn how to make money simply by buying and reselling cell phones for a profit.

(I’ve got a long cell phone flipping guide here but read to the very end and I promise you it will be worth it.)

There are a lot of ways to make supplemental income outside of your 9-5 job, trust me, I have looked into over 100 different creative side hustles to make money and stop being broke. One of the more profitable ways I’ve found is buying and selling iPhones for a profit. The concept is really simple, buy low and sell high.

As with anything in life, it’s not an easy thing to do and is at times very challenging.

I will get more into this later in the article, but my general technique for this one month was buying cell phones from Amazon and reselling them for a profit on Craigslist.

1) Search and Buy iPhones on Amazon

You can purchase used phones from a variety of sources such as Craigslist, eBay, Facebook Marketplace, OfferUp, and countless other smartphone buy/sell apps.

Generally, you would find the best deals on Craigslist because you can negotiate down the price and get great deals on cell phones.

For this month, I found some great deals on Amazon for used iPhones so I used that source. I also was able to use my Discover it Credit Card which netted me 5% cash-back on all purchases on Amazon. Boom!

I searched through Amazon and found the following phones that met all my criteria and I knew I could sell for a profit of $100 per phone. If you wanted to follow along with my process, click here to search for used iPhones currently selling on Amazon.

I am very familiar with iPhone products, so I felt comfortable buying and selling them only. iPhones are easy to resell, and when searching for them on Amazon I have a target price that I am willing to pay. I figure out my target price after I know what the phone is worth.

To figure this out, I search for the cell phone model I am considering buying on eBay and scroll down to “Show Only”. I check the “Completed Listings” box, and then I see all completed auctions for that search.

I know that the phones with green prices sold at that price, while the phones with red prices didn’t end up selling. This gives me a good idea of how much the phone is likely to sell for. 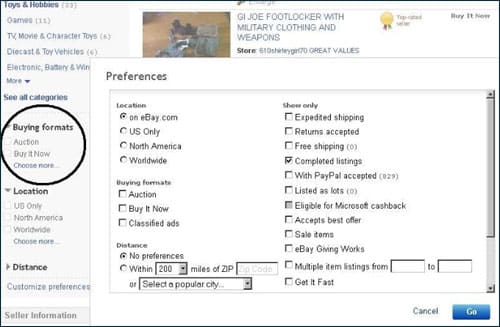 To find how much a phone is worth, check how much the phone has sold for on eBay using “Completed Listing” searches.

So do a quick search and see if you can find any deals:

iPhone 8 Plus on Amazon

My goal is to buy iPhones on Amazon for $100 less (so I can make $100 profit per phone when I resell) than what it is selling for on eBay. While buying on Amazon I do realize there is some risk involved.

This is a very simple process of making a claim against the seller, and then Amazon will refund me completely and immediately. They will then go after the seller themselves. It really does give me some peace of mind since I was about to purchased 11 phones totaling $2,181.54 in costs of goods.

You can find what the iPhone is selling for and then use eBay completed listing search to see if there is an opportunity for profit.

How I Find Cheap iPhones To Resell

I should mention that this case study was done in early 2015. Therefore, as you probably should know, Apple releases new iPhones every year generally in early September.

So you might want to target newer phones than the ones that were available to me at the time. I would suggest searching Amazon for used iPhone 6, iPhone 6 Plus, iPhone 6s, and iPhone 6s Plus.

You can usually find a better deal on the model that is prior to the current newest model. People generally toss their “older” phone on Amazon for semi-arbitrary prices as they are just looking to sell it quick.

Generally, the higher storage (GB amount) the phone has leads to funky pricing because people do not know the phone’s true value, so you can usually get a better deal on those.

Remember, buy cheap used AT&T iPhones on Amazon (check what it’s selling for on eBay), unlock the phone, sell it on Craigslist, eBay or anywhere where you can sell electronics for a profit.

While flipping cell phones you can benefit from buying phones with cracked screens.

As detailed above, you can see I purchased one cell phone with a cracked screen. You can get better deals on phones with a damaged LCD screen, and they aren’t difficult to replace.

You can follow along instructions that you can find on YouTube or on the web in order to fix cracked screens. It’s also easy to find to find replacement screens on Amazon.

2) Sell the iPhones on Craigslist

Now having spent $2,181.54 in inventory I needed to sell the iPhones. So I took really great photos of each of the phones because if you don’t include pictures, 90% of the time your post will be looked over.

So I made sure to take great quality photos of each phone and used brief and accurate headlines of the phone.

I was upfront about the condition of each phone and was honest about each phone.

I used Google Voice phone number in all my Craigslist posts, which makes potential costumers feel more at ease knowing they can contact me. I don’t like disclosing my personal cell phone number or have someone calling my real phone number 3 months after I sold them a phone.

Having a Craigslist-only email address keeps all your Craigslist selling activity separated from day-to-day life.

4. Be assertive, yet friendly

My time is probably the more expensive thing I have. I let the buyers know I won’t stand for low ball offers, and that they will be simply ignored. I post that in all my ads. Just don’t be a pushover.

Trying to make money here, and I only deal with cash.

6. Use a brief and accurate headline

I price my phones so I have a little wiggle room to price haggle.

With these strategies in mind, I ended up selling all of the phones as you can see my profit/loss report below.

What if you needed cash right away?

If you ended up getting too much inventory or have an old phone laying around and need cash now then you can easily sell it on Gazelle for cash. This is the easiest way to sell it quickly. If you’d like to get an extra 3% bonus on your trade-in, use my Gazelle 3% bonus link by clicking here.

Another option is to bring your old phone to Best Buy, Walmart, or your wireless provider, to see what kind of trade-in value you can get for something else.

You can make money flipping iPhones or buying and reselling cell phones!

I ended up with $1,137.79 in profit for a months work of flipping cell phones because I bought these phones at a good price and I was able to get them factory unlocked which increases the value of the phone by 20%.

Also, since I purchased them on Amazon and was able to get cash back by using my Discover Card, I profited $109.08 in cash-back.

I didn’t use this in calculating my total profit above because not everyone has a Discover it credit card. I wanted to mention though because it’s my favorite go-to card and I would recommend it.

I have a special offer with Discover and if you sign up through this link, you can get a $50 cash sign up bonus! Yes, seriously! Also, if you plan on buying these phones on Amazon, you can get extra cash back through Rakuten.

If you’re looking for a side hustle gig, why not try flipping cell phones. Check the value of the phone on eBay and see what sellers are selling their used phones on Amazon or Craigslist.

The key is finding an arbitrage in pricing: buy low, sell high. Selling phones requires some work, however, it is very possible and anyone can do it using the steps outlined here.

Take a look what is available now, there is money to be made! I’m proof that it is possible and this is a great way to pay off your debt. I would suggest buying iPhone 6 or iPhone 6 Plus for AT&T on Amazon, unlocking them, then selling them on Craigslist.

What’s next? Try it for yourself. I have made a custom search that I use which finds the lowest price for all used iPhone’s on Amazon. This includes all iPhones of all colors and sizes, sorted by lowest priced first.

Now get out there and make some money. Have you thought about flipping cell phones or iPhones? What’s stopping you or have you had success? I’m interested in other people’s experience, leave a comment below if you have questions!

In addition to flipping phones, I’ve found other ways you can consistently make money on the side. They include:

iPhone 8 Plus on Amazon

Here are countless other ways you can make money online: 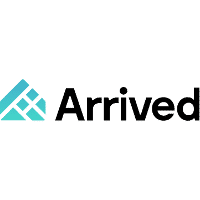 Arrived is a very easy-to-use platform that allows individuals to invest in real properties for as little as $100. This option is best for users who want to make money consistently and let their money make them money.

GetUpside Promo Code: Get Free Money Back For Gas

These Free Apps Will Give You $100+ for Downloading

Swagbucks Review 2022: What is Swagbucks and How Does it Work?