Is College Free in Germany? Here’s The Truth!

Did you know that you can study in Germany for free? It's true. You can now study at a free college in Germany across the county.

Did you know that you can study in Germany for free? It’s true. You can now study at a free college in Germany across the county. In this article, I will share everything you need to know about how to earn a free education in Germany for international students.

If you are a resident of North America, then you are surely aware of the skyrocketing cost of earning a college degree. It’s not uncommon for many private schools these days to charge $50k a semester for tuition and housing. State schools are more affordable, but many still have to take out loans to attend.

▸ Table of Contents +
What’s a Person to Do?
Why in Germany?
Why is There Free Tuition in Germany?
Advantages of Attending Free College in Germany
Earn a Bachelor’s Degree in Only Three Years
All Classes Are Taught in English
Become Fluent in German
No Entrance Exams Required
Affordable Living
It Looks Awesome on Your Resume
You’ll Make Life-Long Friends From Other Countries
Disadvantages of Attending Free College in Germany
Grades Rely on End of Class Exams
You Need to Know Some German to Get Around
You Still Need a Source of Funds for Housing and Other Expenses
The Bottom Line

What’s a Person to Do?

Is going deep into debt with a student loan the only option? Or should you just apply for a bunch of scholarships and hope for the best?

Not necessarily. There is another option, and it’s one that increasingly more American students are pursuing:

You can attend a university in Germany and earn a tuition-free degree. While there a few tuition-free colleges in the United States, this post will revolve around how to studying in Germany for free.

Just a few short years ago Germany eliminated all tuition for its university degree programs. But here’s a very interesting thing about the change – tuition was also eliminated for international students.

If you are a citizen of the United States, for example, and you are admitted to a degree program at a German university, you don’t have to pay any tuition. You get a free ride.

It’s important to point out that you still have to have a source of funds to cover your living expenses, but when compared to the cost of attending most schools in the U.S. – even state schools – the savings are substantial.

It gets even better. In Germany, most degree programs are now taught entirely in English – so you don’t have to be fluent in German to make this work.

Why is There Free Tuition in Germany?

The primary reason Germany is extending free tuition to international students is to attract people in the hopes they will choose to make the country their home. By offering free university educations, Germany hopes to attract the best and brightest of the European Union and beyond to invest their talents and resources in the country.

The reason degree programs in Germany are now taught in English involves the formation of the European Union. With so many European students now studying in German universities (which are very highly regarded throughout the world), it became necessary to offer course instruction in a common tongue – and English was chosen as the unifying language.

There are a number of advantages to earning a degree in Germany. It’s not justabout the financial savings – although that would be reason enough to do it.

Earn a Bachelor’s Degree in Only Three Years

It takes at least four years in the United States to complete a bachelors degree, and sometimes longer. In Europe undergraduate degrees typically only take three years to complete. This is because European degree programs have a tighter focus and less time is spent on electives and classes not related to your major.

All Classes Are Taught in English

You don’t need to be fluent in German to do this, although it helps to have a basic understanding of the German language to get around.

You are sure to learn quite a bit of the German language while living in the country. You may even become fluent during your time there. Total immersion in a foreign country will do that.

Entry to degree programs at German universities is different from schools in the United States. You don’t have to worry about studying for and earning a high score on the SAT, ACT, or any other entrance exam.

While you will still need a source of funds to cover your living expenses while living in Germany, it’s not as expensive as you might think to live there. Affordable housing is available, and with a Student Visa, you can qualify for inexpensive medical coverage. Also, the public transportation system in German cities is excellent, and you shouldn’t need a vehicle for any reason. Some American students studying at German Universities report annual living expenses as low as $7k – $8k.

It Looks Awesome on Your Resume

Let me repeat, this will look awesome on your resume. How many people can say they studied abroad and earned their degrees in another country? How do you think that would look to potential employers? In a word – AWESOME! Living and studying in a foreign country makes you look worldly and cultured, and this is something that is vitally important to many companies in an increasingly global economy.

It’s not unusual to form strong friendships during your college days, but if you earn your degree from a university in Germany, your new set of friends will be from Europe and beyond.

While there are many great advantages to earning your degree in Germany as opposed to paying high tuition in the United States, it’s only fair to talk about some of the disadvantages so you can make an informed decision.

In the United States, your grade for a college class is often determined by a combination of things. It could include your attendance, participation, homework, quizzes, midterm, and final exams. Grades for classes taught in German universities, however, are usually determined by one factor only – how well you do on the final exam.

You Need to Know Some German to Get Around

While all classes are now taught in English at most German universities, this doesn’t mean you can completely skip out on learning German. You still need to know at least some basic German to get around.

As affordable as the German degree option is, you still need to have a way to pay for your living expenses.

If earning a tuition-free degree from a German university sounds intriguing but you aren’t sure how to get started, the academic advising website Beyond the States is the place to go for more information.

Beyond the States also provides information on tuition-free universities in other European countries. 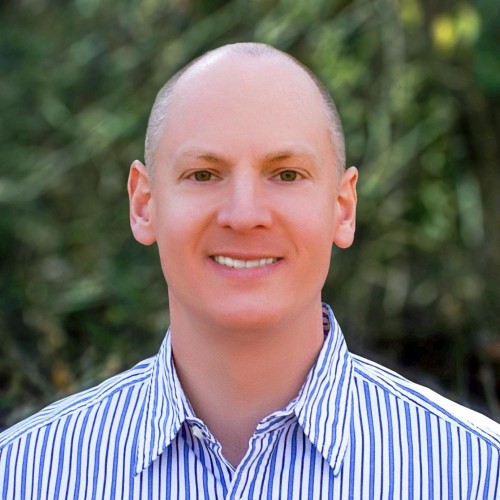 11 Easy Jobs That Pay Well With No Experience Required

7 Tips for Working with a Recruiter to Get a Job