Cable Alternatives: How to Get Local Channels without Cable or Satellite (or even Antenna!)

Getting fed up with expensive cable bills? Here are fool-proof ways to watch local TV without cable or satellite (or even antenna) with cable alternatives.

Who doesn’t love watching TV? Nothing compares to the feeling of coming home and binge-watching your favorite shows.

I’m an avid The Office fan after all, but what if I told you that you can watch your favorite shows with cost-effective alternatives to cable TV?

I can show you how to fulfill your binge-watching needs with free cable TV or paying much less. Would you be interested?

These are the best cable alternatives that’ll help you save money and still get to watch what you want in 2020.

Get back to the basics. Get an HDTV antenna to really save money, plus the quality can sometimes even beat what you get over a cable line. In fact, HDTV antennas have evolved dramatically over the years and quite often the signals they receive and deliver are superior to the compressed signals coming over the cable.

Although there are some antennas priced in the vicinity of $40, the new advanced antennas worth around $90+ have the capability of receiving HD quality signals over a 60-mile radius. And depending upon your location just installing a quality antenna could allow you to view as many as 60 channels – cutting the cord big-time.

You’ll get the big networks like ABC, NBC, CBS, Fox. With just the one-time expense of buying and setting up a quality antenna.

But you still may not receive channels of your particular choice or your location could be in an area where signals are sparse – then you would need to go to step two, which is quite often the case.

How to Get Local Channels Without Antenna

No antennas, here I’ll share how you can get local channels without antennas by installing network apps, watching online, using streaming devices, or streaming services.

No Antennas. All of the major local channels have apps and most of them are actually free. Most networks post recently aired TV shows to watch on its apps, so you won’t miss them by downloading network apps.

You can download these network apps and start streaming your local channels from your favorite device, all for free:

Here are a few broadcast networks to get you started: 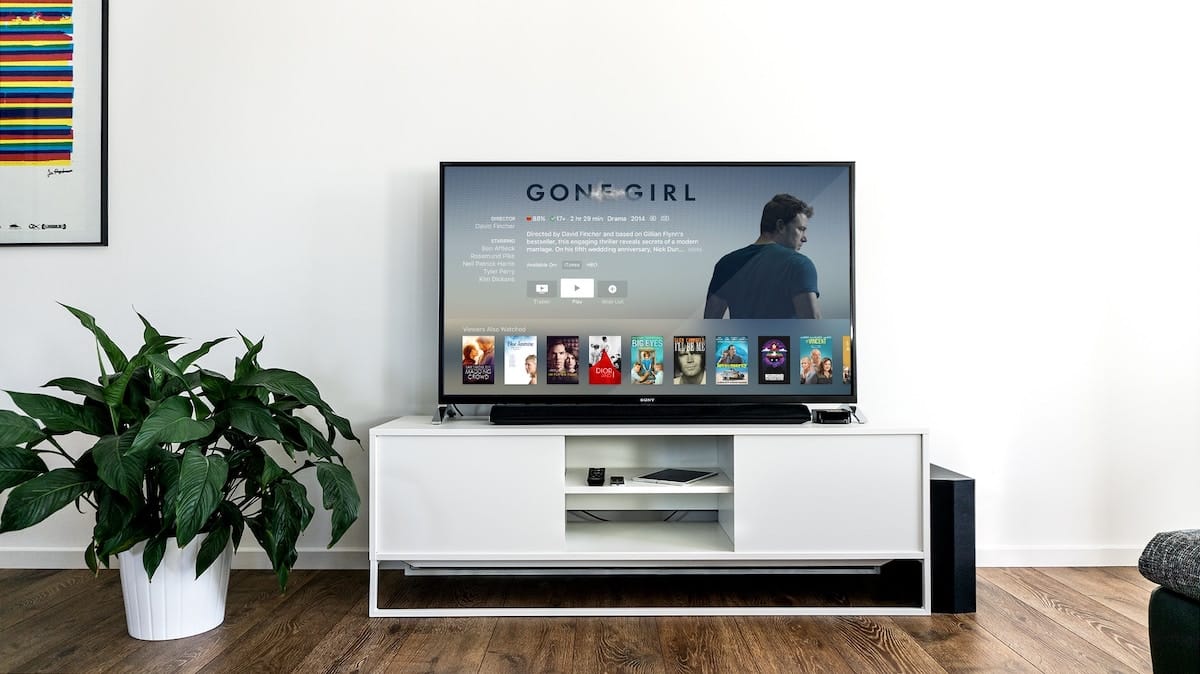 Another option is buying a streaming device so you can download all the network apps and watch local channels and popular shows on your TV.

But which streaming devices are the best? The 5 most popular devices with versatility and ease of use suggested unanimously by tech experts are:

The Roku Streaming Stick is one of your best options. In fact, it is priced for all pockets and adaptable to almost all TV sets so compatibility isn’t usually an issue. It has a great look and design and its application is easy to understand and use. The price ranges from $40+ to $100+ for different models depending on the choice and usage. You can stream all of your favorite shows with this streaming stick by downloading many network apps to your device and watch there, most of them are free! Most networks post recently aired TV shows to watch for free, so you won’t miss by downloading network apps and having a streaming stick like Roku.

Extremely popular with cord cutters and rightly so. It has a modest price tag of $40+ with great adaptability and ease of use. It plugs into your TV’s HDMI port providing you access to movies, subscription channels, TV shows, games and much more.

You can also get a Free Amazon Fire TV Stick when you prepay two months of Sling TV, more details here.

Pricey at $165 but an extremely powerful streamer that supports 4K HDR, specifically suited for PC gamers. Compatible to the Android system and works very well with Netflix, Amazon Video and Hulu applications.

The price tag is high at $179+ but to most Apple users its a deal. Incredibly beautiful 4K streaming. Supports heavyweights like Netflix, Amazon Prime, ESPN, network apps and much, much more.

Very economically priced at $35+ but with a slight handicap. Controlled from your phone or tablet – just a wee bit different and despite its attractive price may not be everybody’s choice.

With these and many more options it is important to be able to choose the right device for your needs. Some tweaks may be necessary before you achieve a comfort level. 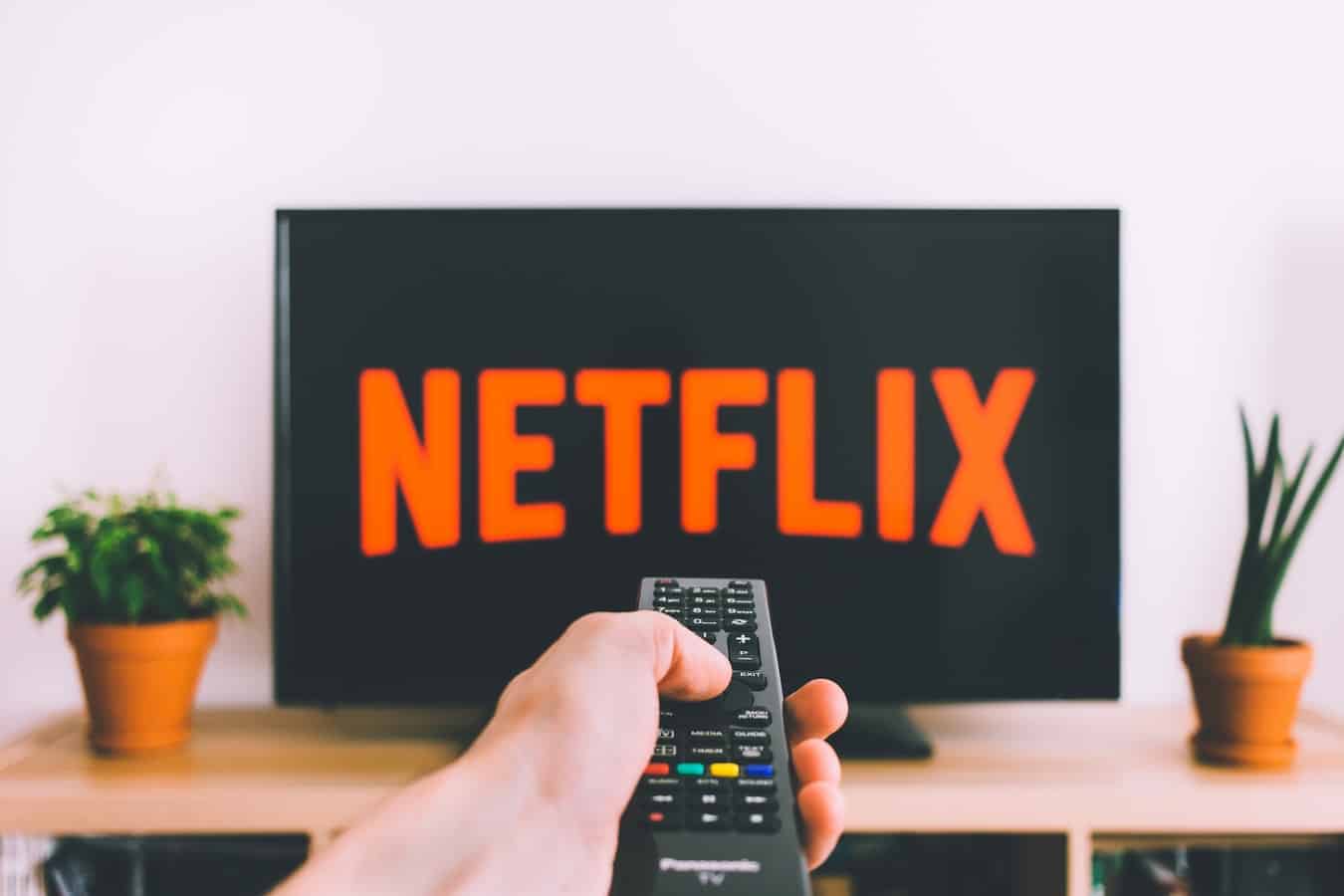 Another option to watch your favorite shows is by subscribing to streaming services like Netflix, Hulu, or Amazon Prime Video. There are tons of packages to choose from and each package containing many channels can be subscribed to on a monthly payment basis.

Some of the most popular TV streaming packages are:

Netflix is of course number one, as you can binge-watch all of your favorite seasons all at once. I put Netflix over Hulu because you don’t have to worry about watching commercials as you would on Hulu (Unless you upgrade to commercial-free version). Netflix has a very large variety of content for entertainment and movies and starts at $8 per month for the Standard Plan.

Hulu is great for watching your favorite shows soon after they broadcast on TV. For example, I love watching Shark Tank and the day after it airs it’s loaded on Hulu! It’s also great for watching Hulu original series. Hulu offers a great selection of entertainment and movies are their strong appeal and they too start at $8 per month. You can check out the differences between the two plans in our Hulu vs Hulu Plus comparison. 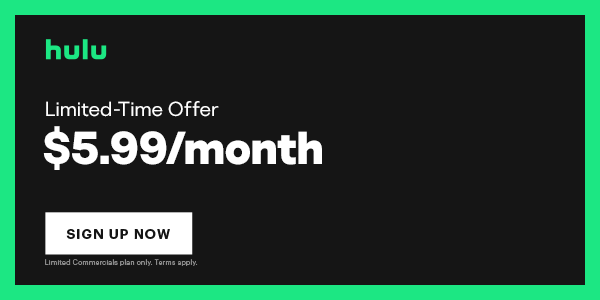 (Or Click here to visit Hulu for more details → )

SlingTV (starting at $25 per month)

Sling TV is a television service that offers access to live TV stations. In the United States, Sling users can stream ESPN, ESPN2, HGTV, AMC, and more than a dozen other stations for only $25 per month, with no annual contract. Sling International carries more than 180 channels in 15 different languages. You can try it for 7 days for free here.

The best way to go about using this service is if you’re a frequent Amazon shopper since you can just pay for an Amazon Prime membership which is $8.25 per month, and you’ll get all the other Amazon Prime perks.

PlayStation Vue provides the most extraordinary streaming experience in live TV. Enjoy the channels you love with a powerful cloud DVR and streaming on multiple devices, all without an annual contract or hidden fees. Offers Movies and Entertainment and starts at $30 per month.

Starts at $9 a month and offers a mix of movies and entertainment from the popular TV networks. You can subscribe to each as a stand-alone plan or just add them to your Amazon Prime, Roku, Hulu, Sling or Netflix accounts for an additional fee.

Remember to Have High-Speed Internet

Even before you consider any device or gadget or start selecting channel packages you have to consider a very important aspect that most people forget till the very end.

Cutting the cord leaves you with only one option for getting the local channels of your choice – streaming them over the internet.

Internet upwards of 30 megabits per second, anything less could obstruct receiving clear, crisp signals. Sure, there are now ways to get free internet, but the connections are usually slow and not taking this aspect into consideration often results in complicated techy tweakings of gadgets or maybe even replacements.

Once the internet issue is taken care of or at least all options are weighed, then you can move on to reviewing the kind of device that will perform best for you.

Why Should You Cut the Cord?

Cable television phenomenon, a constantly changing and evolving behemoth has completely dazzled home viewers in recent years with limitless choices of what to watch on television. But things are already changing. A lot of people feel that they are paying a lot of money for channels they don’t watch and they are almost desperate to find a different way to approaching the home-TV entertainment business although it can’t be denied that there is still high value in traditional cable TV services.

There is also the lure that ‘cutting the cord’ actually means eliminating the darn cable TV bill and although it does get rid of the pesky cable bill and contracts, it actually only decreases the cost of watching choice channels substantially. So two things overwhelmingly push the cable TV consumers into finding other means of watching television channels of their choice:

a) The urge to be completely free of the irksome cable guys with their hefty bills and their equally irksome contracts.

b) Save money in the process and still be able to watch all the channels of their choice. A win-win.

Once the cord has at last been cut and the traditional cable TV ushered out, the inevitable question that pops up is ‘what did we gain from this rather complicated exercise?’

The brief answers below will sum it all up:

To recap, here are your 3 best options for ways to cut the cord:

Happy viewing. Next, you’ll want to learn how to get free internet or heck why not free money while you’re at it?

Brian Meiggs
Brian Meiggs is a personal finance expert, and the founder of My Millennial Guide, a personal finance site helping you put more money in your pocket. He helps millennials follow the smart money in order to increase their earning potential and start building wealth for the the future. He regularly writes about side hustles, investing, and general personal finance topics aimed to help anyone earn more, pay off debt, and reach financial freedom. He has been quoted as a top personal finance blogger in major publications including Yahoo! Finance, NASDAQ, Discover, MSN Money and more.