Thankfully, you don’t always have to pay expensive tuition to earn a degree. Did you know there are several tuition free colleges in the US?

Did you know there are many ways to get that prestigious degree and not be in debt afterward? Yes, it’s true! Today I’ll share some tuition free colleges that are available to you.

Over the past few decades tuition at online colleges and universities in the United States has been steadily increasing. It’s now reached a crisis point.

Many students are now graduating owing six figures in student loans, and these loans must be repaid. The law currently does not permit the discharge of student loan debt in bankruptcy.

Thankfully, you don’t always have to pay expensive tuition to earn a college degree. Did you know there are several schools in the U.S. that don’t charge any tuition?

It gets better. Some of these schools also don’t charge room and board. That’s right – a completely free college education.

Here are 11 tuition free colleges in the USA to any students who are accepted: 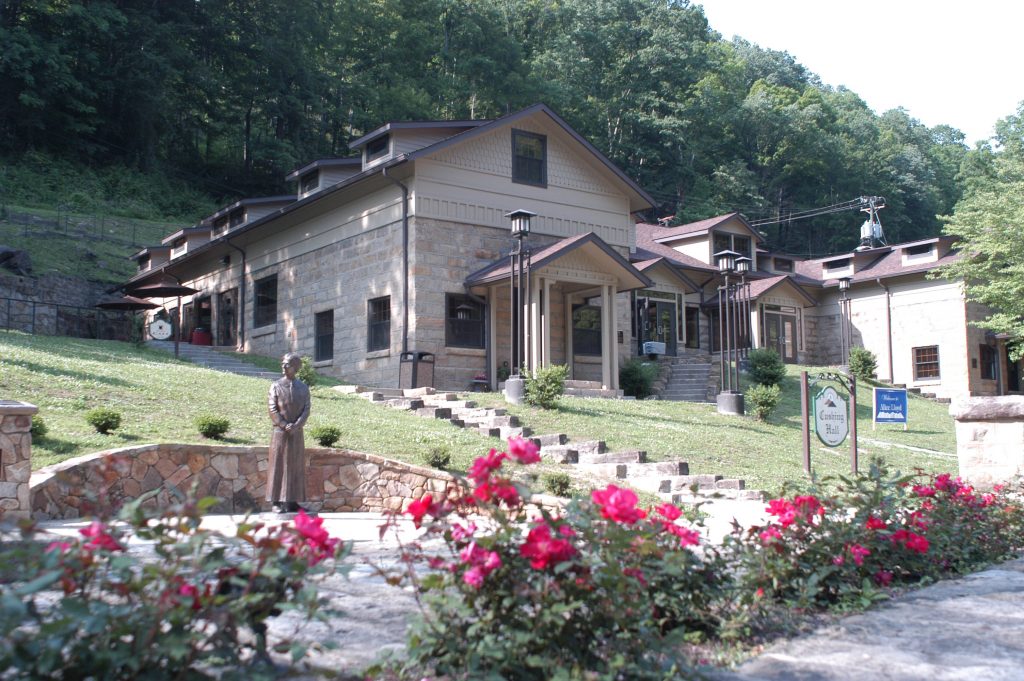 Located in the picturesque mountain community of Pippa Passes, Kentucky, Alice Lloyd College is a small liberal arts school that does not charge tuition, room, or board to any of its students. The school offers majors in a variety of fields of study, and a high percentage of its graduates are accepted to graduate and professional degree programs.

The fact that all students are required to work is how Alice Lloyd College keeps its expenses low. If all students work, then you don’t have to hire as many people to run the school. The college primarily accepts students living in the Appalachian Mountains, although students from outside of the region are accepted as well.

As an added bonus to earning a tuition-free degree, graduates of Alice Lloyd College can apply to stay at an apartment complex the school owns near the University of Kentucky. If accepted, residents get to live there for free while earning their graduate degrees. The college covers the cost of their rent, utilities, and parking. 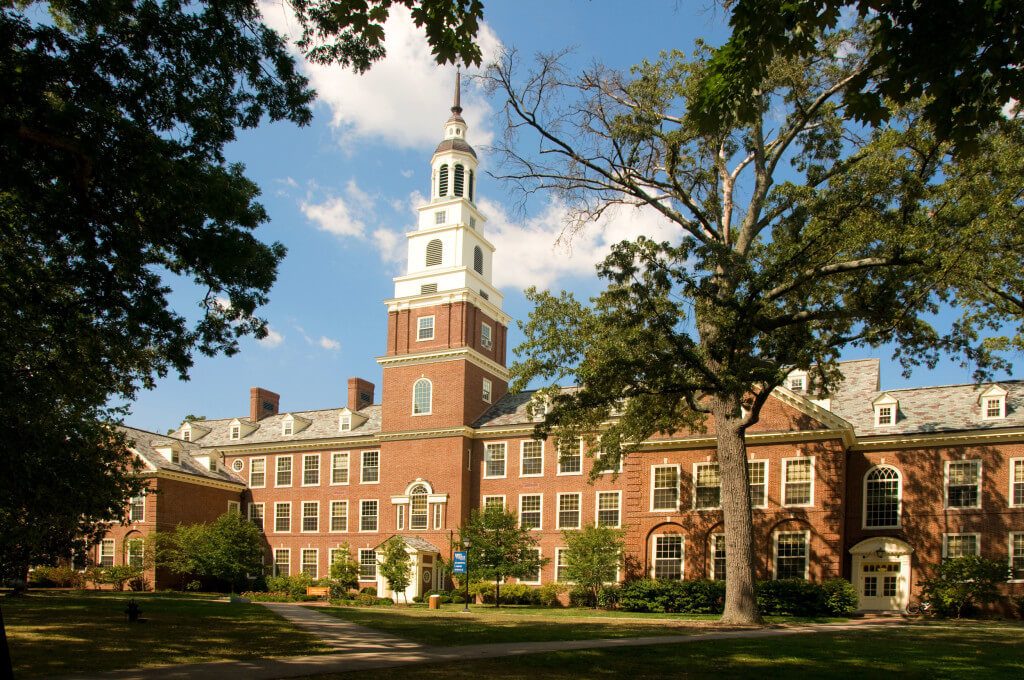 Berea College is a vibrant liberal arts college located in the historic town of Berea, Kentucky. Like Alice Lloyd College, Berea College is also a work college that does not charge tuition, room, or board to any of its students.

Berea College is a school that is steeped in history. Founded in 1855, it was the first college in the South to be both co-ed and racially integrated. The college is also one of the highest ranking liberal arts colleges in the region.

All students admitted to Berea College are required to work at least 10 hours a week in a variety of jobs around the campus. Some of the available jobs are quite interesting. The school, for example, owns the Boone Tavern Hotel, a historic hotel and restaurant that is staffed primarily with students.

One of the more interesting things about Berea College is its support of the arts and crafts. Many students take courses that teach them how to make traditional crafts such as woodworking, pottery, ceramics, weaving, broomcraft, and others. The college sells student-made crafts in a log house gallery and online.

Although Berea College primarily serves students from the Appalachian region, it also accepts students from across the nation and around the world. The school primarily admits academically qualified students who need financial assistance.

Located close to the popular vacation destination of Branson, Missouri, is College of the Ozarks, a thriving liberal arts college with a student body of just over 1,400.

College of the Ozarks is another work college, and all admitted students are required to work at least 15 hours a week in exchange for free tuition. Although the college does charge for room and board, a summer work program is available to cover this cost if needed.

There are many different jobs that students can qualify for, but like Berea College, some of them are quite interesting. College of the Ozarks is home to the Ralph Foster Museum, a large museum showcasing many artifacts of the Ozarks region. The Fruitcake and Jelly Kitchen, which makes and sells a variety of pastries, is also located on the college grounds. Both the museum and kitchen are staffed primarily with students.

Barclay College does not charge tuition to any full-time students who reside on campus. Online and part-time students, however, are still required to pay tuition. The college also charges for room and board. 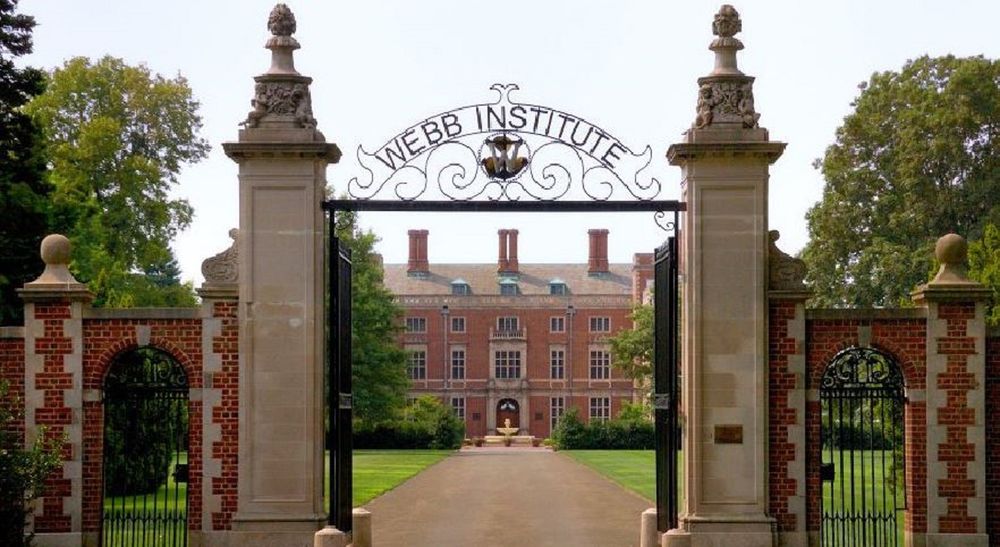 Located on a picturesque campus on Long Island, New York, is one of the most unique schools in the country. The Webb Institute is a small engineering school with just under 100 total students at any given time. The school offers only one degree program, a BS in naval architecture and marine engineering.

The Webb Institute does not charge any tuition, although students are still on the hook for room and board.

The Webb Institute’s program is highly regarded in the marine industry and graduates are in high demand. The school has a remarkable job placement rate of 100 percent. But that doesn’t mean you necessarily have to work in the field of marine engineering. Many graduates have gone on to enjoy careers in other engineering disciplines. 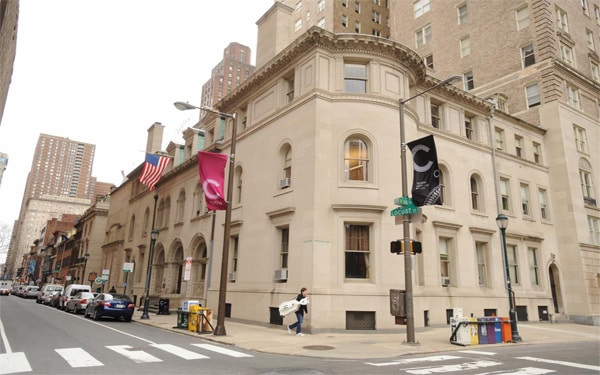 Are you a skilled musician? Does the idea of a career in the musical arts sound appealing to you? If so, you should definitely consider applying to the Curtis Institute of Music, a prominent conservatory in Philadelphia, Pennsylvania.

Founded in 1924, the Curtis Institute of Music offers certificates, diplomas, and both bachelor’s and master’s degrees in musical studies. The school is small, and admissions are highly competitive. The student body consists of about 160 students.

The Curtis Institute of Music does not charge tuition, but students must still pay for room and board. 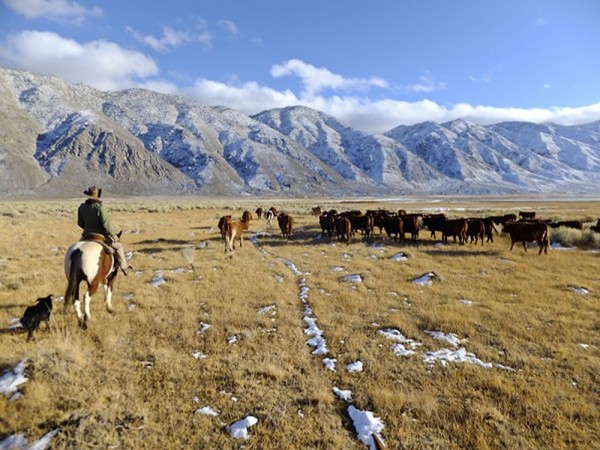 Located on a remote ranch in California, Deep Springs College is one of the most unusual tuition free colleges in the United States. It is a tiny two-year college with a student body of about 25 students at any given time.

It is technically the smallest college in the country.

Deep Springs College is both a functioning ranch and a college at the same time. Students are expected to participate in ranch chores on a daily basis in addition to attending classes.

None of Deep Springs College’s students are charged tuition, room, or board. Students only have to pay for their textbooks and other supplies.

Despite its small size and unique setting, admissions are competitive. Many of the school’s “cowboy scholars” transfer to some of the best schools in the country to complete their bachelor’s degrees. 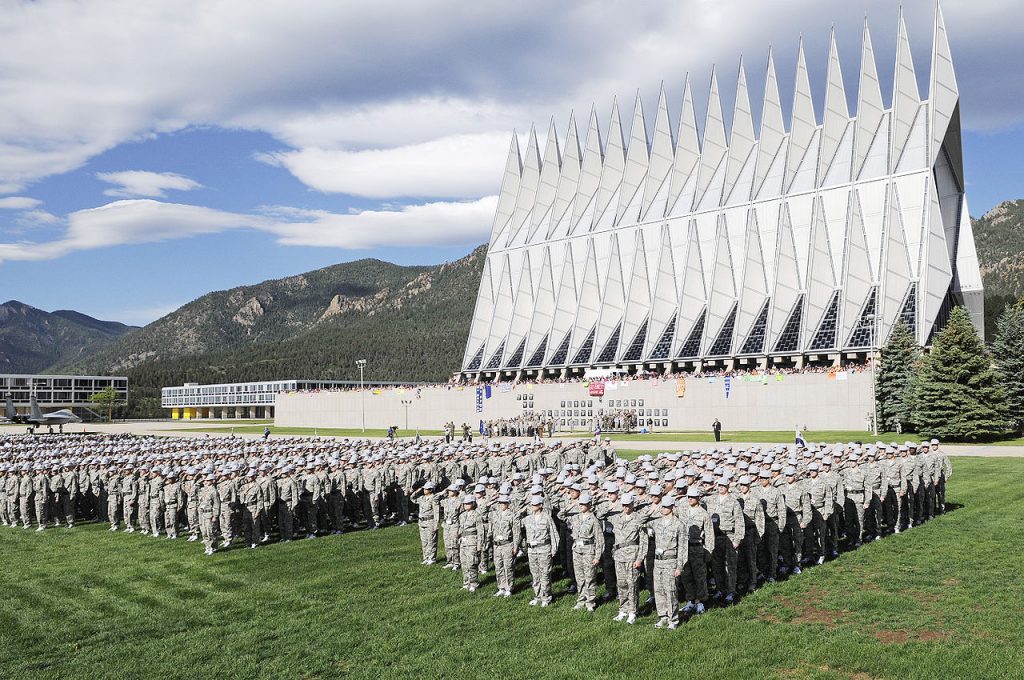 The United States Air Force Academy is the first of five “service academies” that we’ll talk about. These undergraduate colleges are operated by the U.S. government for the purpose of preparing young men and women to enter the military as officers.

In exchange for free tuition, room, and board, graduates of the service academies are required to serve as officers in the U.S. military for a specified period of time.

The United States Air Force Academy is an institution of higher education that was founded in 1954 in Colorado. The academy has a student body of about 4,000 students, and a variety of majors are offered. In addition to academics, cadets are also required to participate in various military and flight training activities.

Competition for admission to the Air Force Academy is strong, and a nomination from either a U.S. Senator or Representative is required to be admitted. 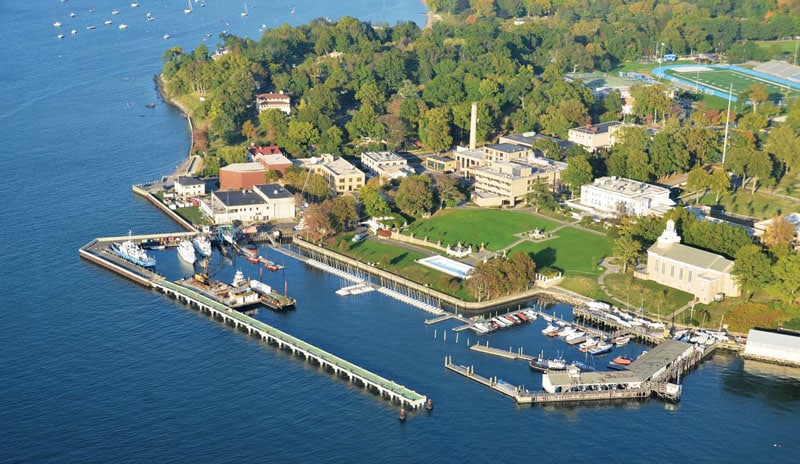 The U.S. Merchant Marine Academy is another service academy that was created to train individuals for careers as officers in the military. However, it also serves to train people for careers in the Merchant Marines and in related maritime occupations. The school does not charge tuition, room, or board to any accepted students.

The U.S. Merchant Marine Academy was established in 1943 in Kings Point, New York. The school is often referred to as “Kings Point.” Academics are primarily focused on those of the maritime industry including marine engineering, personnel management, international law, and others.

Unlike the other service academies, graduates of Kings Point are not required to serve in the military. Rather, they are required to maintain employment for a period of time in a variety of maritime occupations. Joining the military is also an approved option.

Potential students must secure a nomination from a U.S. Senator or Representative to be admitted. 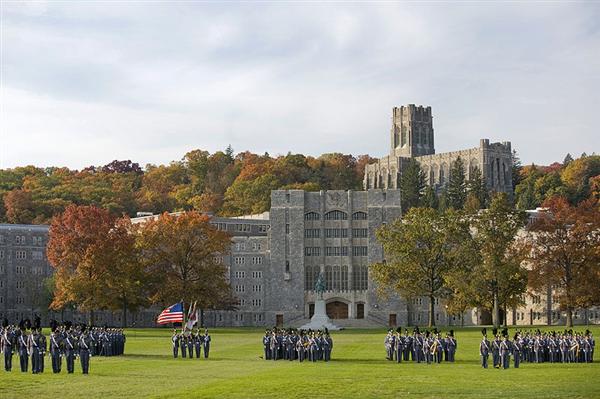 The U.S. Military Academy – or West Point, as it is also known – is the oldest of the military academies. The school was established in 1802 in West Point, New York, on the historic site of a former military fort. The school prepares students to serve as officers in the U.S. Army. It does not charge tuition, room, or board to any accepted students.

West Point is a fairly large school with just over 4,000 students on a 16,000-acre campus. A variety of degree programs are offered, and students must also participate in military training activities in addition to their academic studies.

Admissions to West Point are competitive. In addition to strong academics, applicants must also secure a nomination from a U.S. Senator or Representative. 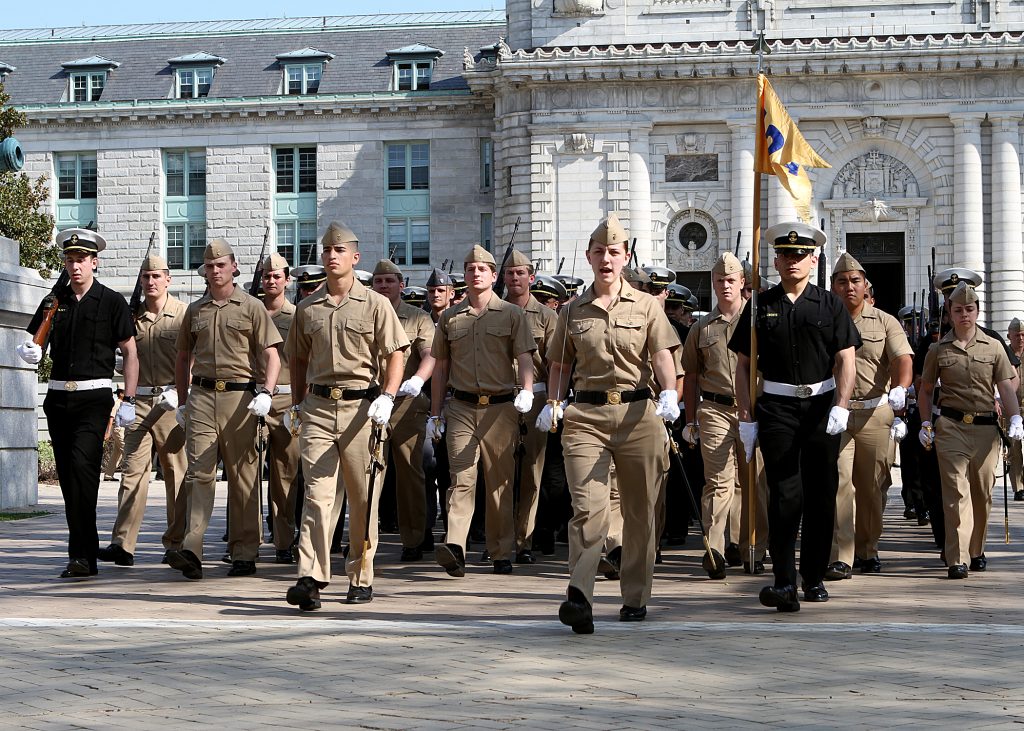 The U.S. Naval Academy – or Annapolis, as it is also known – is a military academy that trains students to be officers in either the U.S. Navy or U.S. Marine Corps. The school is located in Annapolis, Maryland, on a campus of 338 acres. The school has a student body of over 4,500 students and does not charge tuition, room, or board to any accepted students.

One of the more interesting things about the U.S. Naval Academy is that more graduates of this school have gone on to become astronauts – more than 50 and counting – than from any other school. It has also produced many Rhodes Scholars, numerous Medal of Honor recipients, and one President of the United States – Jimmy Carter.

Like the other service academies, admissions to Annapolis are competitive, and a nomination from a U.S. Senator or Representative is required to be accepted.

The Coast Guard Academy is the smallest of the service academies with just under 1,000 total students on a 100-acre campus. It’s a school that looks and feels more like a small college than a large university.

One of the more interesting things about the Coast Guard Academy is that it has its own training vessel known as the Eagle. It is the only active sailing vessel in the U.S. military fleet. The Eagle was actually built in Germany and was used to train German sailors prior to the outbreak of WWII. The vessel was turned over to the United States at the end of the war as reparations.

Unlike the other service academies, the Coast Guard Academy does not require a nomination to be admitted. But that doesn’t mean getting into the school is easy. Each year it receives over 2,000 applications for about 240 appointments.

These 11 schools are unique institutions with specialized missions. Not all who apply with be accepted. Nevertheless, if you’ve got the grades and test scores and you think you might be a good fit for one of these schools, then why not apply? The worst they can do is say no. But what if they say yes? How would that change your life?

Cyrus Vanoverhttps://www.frugalbudgeter.com/
Cyrus Vanover is a freelance business writer who helps marketing managers position their companies for success. Based in Virginia, he enjoys hiking the local trails, exploring new restaurants, and live theater when not writing.

Best Checking Accounts That Will Make Your Money Happy