Breaking news — rising interest rates affect millennials, so what do you do now?

I remember 3 years ago, after months of the interest rate hike being pushed off, it finally happened. The Federal Reserve announced an increase in interest rates on a Wednesday afternoon. I’ve been expecting that for a while at the time and was not surprised.

But it got me wondering to this day — how do rising interest rates affect your student loans? car loans? mortgage rates?

Well, we will get there but first, we should understand how much of an impact rising interest rates have on the economy.

You probably already know that an interest rate is the proportion of a loan that is charged as interest to the borrower, typically expressed as an annual percentage of the loan outstanding.

At the time, it was the second time interest rates have increased since the 2008 financial crisis. The decision of the Fed to increase rates can affect your cost of housing, student loans, cars payments, and even the interest rate on your credit cards. However, not necessarily right away but eventually all sorts of expenses will gap up.

What Millennials Need to Know About the Federal Interest Rate Hike

Here are some key points that Millennials should keep in mind about the recent federal interest rate increase:

How This Affects Baby Boomers vs Millennials

Most baby boomers, who are likely to be retired or preparing to retire, will benefit as interest rates rise. Rising interest rates are going to increase returns on safe investments that are popular with retirees, including CDs and money market accounts.

Rising interest rates may not be good for Millennials. Mortgages and car loans will be more expensive, and many Millennials will need to make larger student loan payments after federal student loan rates increase rates. But the degree of pain for borrowers really depends on the vigor with which the Fed raises rates.

What Causes Interest Rates to Rise?

The Fed decides to raise rates because there have been steady improvements in the United States employment which signals to them that the economy is strong enough to sustain the hike. Specifically, the Fed raised the benchmark federal funds rate from the most recent range, between 0.25% and 0.5%, to a new higher range: 0.5% to 0.75%.

To get technical, banks have to by law keep a certain amount of money on hand, so in order to do this, they generally make overnight loans to other banks to make sure they met these balances. The federal funds’ rate is the interest rate charged to these very short-term loans.

The rate has been close to zero, between .25% and .5%, since 2008, so that the economy can get out a recession… it can only go up. Economists are saying that the rates will continue to rise over the next coming years.

Okay, got it? So will this affect you?

With these general points in mind, it’s nevertheless important to understand how the recent rate hike may affect Millennial consumers, particularly in relation to the three most common types of loans: student loans, mortgages, and auto loans.

What About Student Loans—Will My Rate Increase?

The dreaded student loan crisis, will it be affected? Well, it all depends. Student loan rates are pretty low. As rates rise, so will the rates for borrowing money for school. So students who are looking to take new debt will be looking at higher payments as expected rates could rise by 1-2% in the new few years.

What about the people who currently have student loans? If you have a variable rate private student loan, then you will see the interest you owe go up. However, most people have student loans set at fixed rates set by the federal government. So don’t sweat it too much.

For qualifying buyers, home mortgages have been a great deal for the past several years, with very low rates (below 4 percent) on fixed-rate home loans. This has helped to fuel a housing boom from which both buyers and sellers have benefited.

Do you plan on owning a house in the new few years? For the most part, the Fed interest rate increase will have a small impact on long-term mortgage rates. When the rate does spike up banks typically find a way to pass off the higher borrowing costs to the consumers.

The average interest rate on a mortgage right now is 4.3%. So if you got a 30-year, fixed-rate mortgage for a home worth $236,000, if the borrowing rate were to rise another percentage point in 2021 then this would mean an additional $139 a month on the average mortgage. This would amount to an additional $50,000 in added interest over the life of the loan! So if you are thinking of buying a home then you should act sooner rather than later as the Fed has said they will raise rates again in 2021.

On the other hand, you’re worried about having missed your moment, rest assured that some industry experts expect that the Fed increase will have little if any effect on fixed-rate mortgage rates. Doug Duncan, chief economist for federal home loan lender Fannie Mae, told USA Today recently that even if the Fed raises interest rates by a full percentage point in 2017, the rate of a 30-year, fixed-rate mortgage will still be considered quite low – between 3.9 and 4.1 percent by the end of the year. That equates to an increase of approximately $138 more per month on the nation’s average mortgage – which is likely not enough to deter most buyers in today’s robust housing market.

What About Auto Loans—Will My Rate Increase?

Auto loan rates are expected to inch up in 2021, mirroring the federal interest rate hike. Still, even if the Fed continues with its planned additional rate increases before year’s end, industry analysts expect the effect on Millennials and others who take out auto loans to be relatively minor.

As an example of the price differential in light of current interest rates, if your typical five-year car loan increases one-quarter percent to 4.25 percent, that means your monthly payment on a $25,000 auto loan may increase about $3 per month. If the Fed’s additional proposed hikes happen in 2021, the difference could climb to $12 to $16 a month. It’s a little more money out of your pocket, but not likely a deal-breaker for those seeking auto loans this year.

No surprise that rates for car loans will increase too, right? Car loans tend to be only a few years, so there is still time for millennials to pay down those car loans. Interest rates are on the rise so if you’re thinking about getting a car a few years down the road you should probably do it now.

That said, any extra increase in APR will affect the amount of money you owe if you have outstanding credit card bills. Since additional interest rate hikes are anticipated in 2021, if you are among the 4 in 10 consumers who hold a balance month-to-month on your cards, you would be wise to pay off your remaining balance, or at least reduce it as much as you can. It’s always a smart financial move to eliminate credit card debt as quickly as possible – especially now when potential extra rate increases later this year could more significantly impact the amount that you owe.

Why Rising Interest Rates Can Be a Good Thing

What Can I Do About Rising Interest Rates?

Pay Off Your Consumer Debt

No matter how much debt you have the best option for most is to pay it off.

You can use different ways to pay off debt. But one of the top ways to do is using the debt snowball method. With this, you spend time focusing on paying off your smallest debts first then work your way on to larger balances. This is a great way to build focus and get easy wins at first which will motivate you to continue saving and paying down the last debts off.

Use Rising Interest Rates to Your Advantage and Keep Saving

If you are already living the debt-free lifestyle, then spend time on making extra money with side hustles and focus learning new ways to trim spending. There are so many money-saving apps that can help you save money automatically.

As you can see, the recent federal interest rate hike will have some effect on Millennials and other consumers in relation to their loans. Continue to make smart financial decisions, and don’t sweat it too much: the impact is likely to be minimal, particularly in the short-term.

You don’t have to be a penny pincher but with rising interest rates — you benefit the more have in your online savings account. Take advantage of it — interest rates influence each of our lives in important ways, but depending on your age, the result can be quite different. 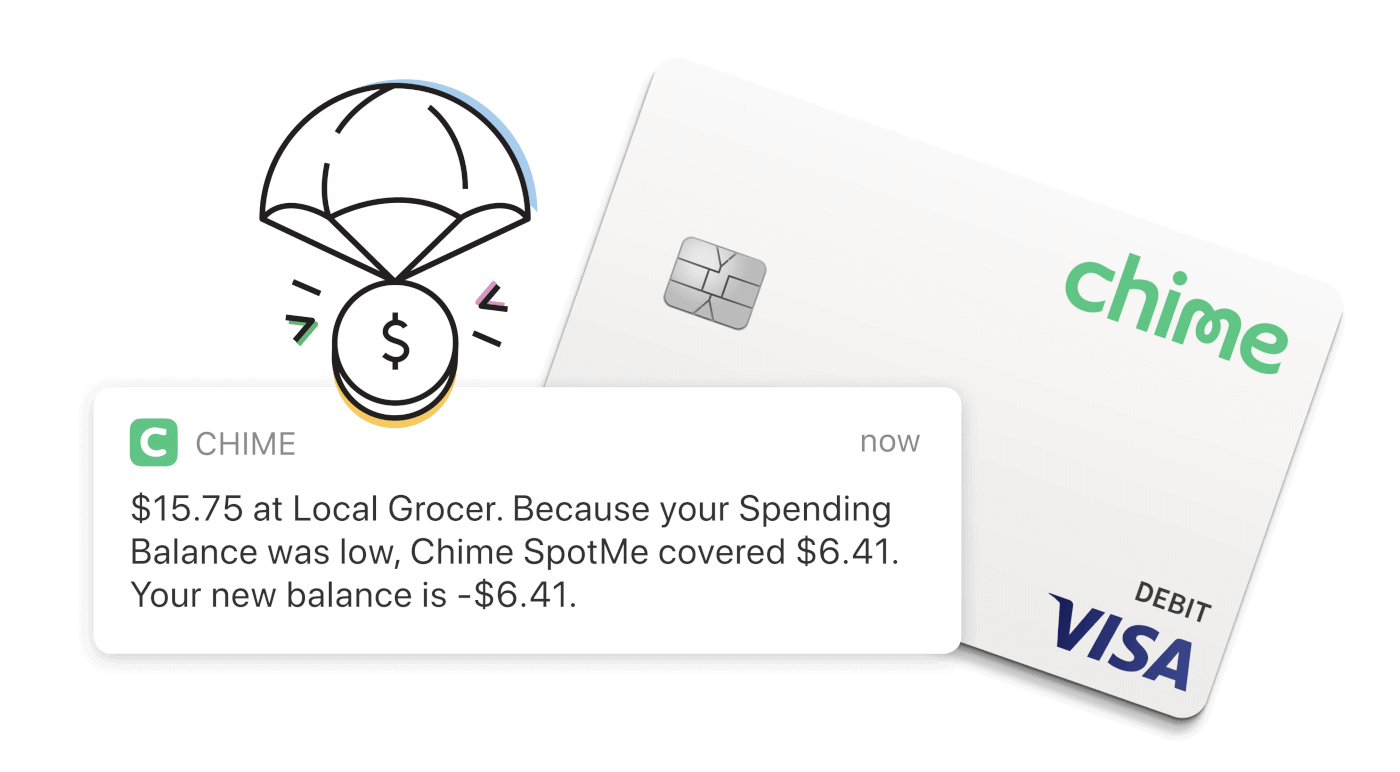 Chime Banking
5.0
SIGN UP FREE
*SpotMe eligibility requirements apply. Overdraft only applies to debit card purchases and cash withdrawals. Limits start at $20 and may be increased up to $200 by Chime.

A Beginner’s Guide to Money Management and Budgeting

Average Net Worth By Age: Where Do You Stack Up?