How I Created My First Website: The Millennial Snowflake 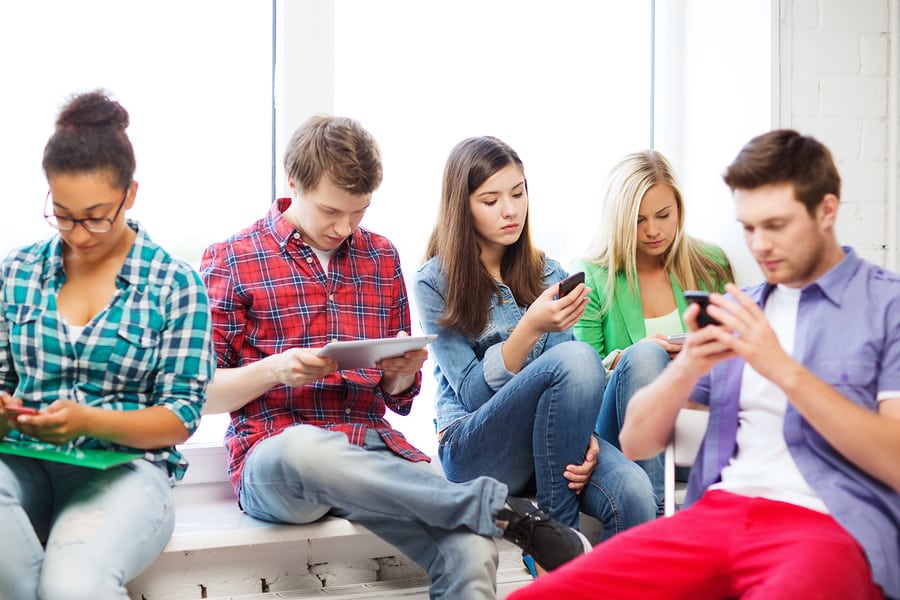 The term “fake news” was popularized in 2016 during the presidential election when Donald Trump used it to discredit CNN and other mainstream outlets, including the New York Times. The president-elect’s war on journalism succeeded in the ways his campaign intended, sewing seeds of discord, doubt, and hostility towards what were once seen as credible sources of information. However, as paranoia has come to define the zeitgeist of the digital era, distrust for traditional outlets has created the perfect conditions for alternative fact and satire to thrive.

It could be argued that the anti-establishment rhetoric used by Trump during the election leveled the playing field and left many questioning, who or what is trustworthy, making them more receptive to hyperbole. Ironically, by cavalierly using the expression fake news, the POTUS may have contributed to the proliferation of the very thing he criticized during his campaign.

Okay, so what really counts as fake news?

Fake news, which could be described sardonically as alternative fact, is an attempt to convince people that an article or report is legitimate and backed by credible sources. Satire, on the other hand, is using irony, exaggeration, humor, or ridicule to challenge and criticize people’s vices or logic. Fake news has become such a powerful phenomenon that Mark Zuckerberg, one of the greatest millennial minds, determined that it is a real problem. Facebook is now set up so that if it finds a site to be fake, it will degrade the domain in its algorithm in order to try to bury the content. Prior to this effort, fake headlines, such as — “Pope backs Trump”,”Hillary sold weapons to ISIS”,”FBI Agent Suspected in Hillary Email Leaks Found Dead” — all found to be false, went viral on Facebook, certainly impacting voters throughout the nation.

Misinformation is an undeniable truth, just as merely labeling anyone that presents an oppositional stance fake news, is a tactic being employed in the political arena. But can fake news or satire be used for good?

While working at an advertising agency in Los Angeles as a copywriter right out of college, I learned how valuable a strong headline is. Part of my job was to write clickbait headlines and every word of every line was measured quantitatively to see exactly how well we performed — the goal was constant improvement. I studied clickbait obsessively, and saw firsthand, how journalism is having to sacrifice its rigor to compete with the type of content we were churning out.

At around this time, the term snowflake was being thrown around a lot to try to ridicule millennials for a combination of real, but mostly unfair criticisms of our generation — a big knock, being our sense of “political correctness” — which got me thinking, if having compassion or caring about the feelings and lives of people from all walks of life, is intended to be an insult, then I’ll proudly take it and be labeled just another millennial snowflake.

That’s when a lightbulb went off in my head. I realized I’d be able to use the skills I developed as a copywriter, while influencing my small sliver of the world, and I could also go ahead and embrace that insults slung at gen-y by creating a satirical website based around that theme, thus, themillennialsnowflake.com was born.

How it’s gone mini-viral in a week

First off, people will believe the unbelievable. I’ve learned this very quickly, despite having the slogan of the site — The Fake News You Deserve — through seeing readers take the content at face-value. Of course, that’s only a small portion of the readership. Many people simply enjoy satire. 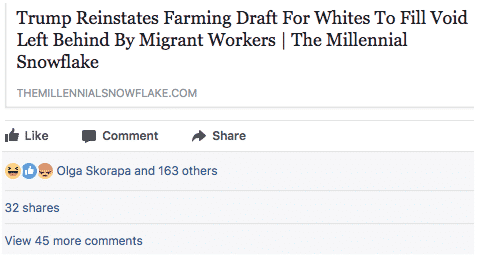 Secondly and most importantly, everything I write is designed to illicit an emotional response, whether it’s outrage, laughter, or just flat-out trolling people.

Thirdly, people will react strongly to things that confirm their own biases. For instance, I posted the headline (featured in the image above) to an anti-trump Facebook group and saw it eventually reach over 40 shares, which likely meant second and third degree connections of the sharers also shared it, as well. Not coincidentally, this is the same day traffic spiked to 9,000 visits on the site.

Lastly, the factors playing into The Millennial Snowflake’s advantage are beyond my control. People are wary of traditional publications because those outlets have lost the absolute authority and trustworthiness they once had. So who comes out a winner now? The hybrid publications that fuse entertainment with enough truth to make its content relevant, will triumph in the social media era. This is exactly why The Onion is worth twice as much as The Washington Post. Their ever-rising value is proof that alternative facts and satire are trending in the right direction, as the stock for journalistic truth continues to plummet.

As Bill Clinton once said, “If you’re going to lie, at least make it believable.”

Connor Garrett
Connor is the Co-founder of StudyHubb and owner of The Millennial Snowflake.