A Beginner’s Guide to Investing in Cryptocurrency 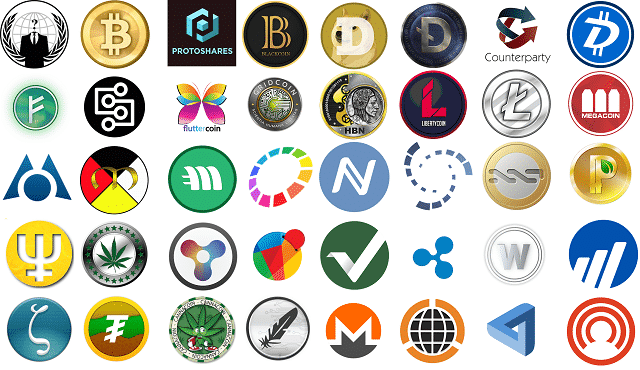 Hi there! My name is Steve from stevesincomestreams.com and I’m excited to talk with you all about investing in cryptocurrency for beginners, because who better to discuss an emerging technology with than millennials? Cryptocurrencies are an important innovation for every generation to know about, but the youth of the world will be the ones truly seizing this exciting invention’s benefits.

So what are cryptocurrencies?

I’ve written up a technical primer over on my site, but in short, cryptocurrencies are forms of currency that don’t require central approval to gain their value. The reason people accept the US dollar is because the US government reassures people of its value. People accept Bitcoin because its algorithms ensure the currency is valid and its transactions cannot be forged. That means that no one can manipulate the value of Bitcoin, and no one can track Bitcoin transactions.

This gives Bitcoin many advantages over traditional currency, including unbiased independence as a token of value, and also as an anonymous means of exchanging goods and services. The unique merits of Bitcoin make it an exciting investment opportunity. If you wanted to check out different platforms to purchase Bitcoin from in the United States check out this post: Top 5 Trusted Bitcoin Exchanges. Digital currencies such as Bitcoin are gaining popularity by the likes of companies as well, The National Consumer Center is offering a promotion for users a chance to get a $1000 in Bitcoin! You can check that out here.

People the world over have made millions off trading ‘altcoins’, alternative cryptocurrencies to Bitcoin. However, unless you plan on making this your full-time job, I don’t think it’s worth your time to day trade. Instead, I want to introduce you all to the idea of picking a promising altcoin, and sticking with it.

Altcoins exist for a specific purpose, introducing a new innovation that Bitcoin lacked. Litecoin was the first, and it introduced an algorithm that made it easier to validate transactions.

Then came Dash and Monero, which held far more anonymous transactions, and Namecoin which allows people to exchange cryptocurrencies for URLs, and even Steem which pays people in cryptocurrency for blogging. There are now literally thousands of altcoins, and it’s impossible for anyone to keep track of them all, but by keeping an ear to the ground you can get in on promising coins before they take off.

You’ve heard of Bitcoin, but what about Ethereum?

If you’re learning about investing in cryptocurrency for beginners then you should probably know about Ethereum. The next biggest coin, besides Bitcoin, is Ethereum. Ethereum is a pretty complex technology, but in short it allows people to share computing resources and developments across the blockchain network, so that you can build applications that don’t require a central server or a central development team. This makes applications more secure, allows them to develop and evolve faster, and reduces startup costs for new companies and new developers. Its price is largely impacted by its adoption as a development platform, so when large companies like Microsoft or Bank of America announced their intentions to begin developing on the Ethereum network, its price shot up.

How do I get started investing in cryptocurrency for beginners?

The first step is to open an account with an exchange. Coinbase allows you to exchange US dollars for Bitcoin or Ethereum, which can then be transferred to a different exchange. I used to transfer my Bitcoin from Coinbase to Poloniex, but they have recently begun some sketchy behavior and I’ve withdrawn my funds there. I now recommend Bittrex as the best place to trade altcoins. They host frequent giveaways and ICOs (public offerings for new coins, like IPOs) and I have always found their support consistently helpful. They also have the lowest fees out of any major exchange.
First Get A Free Coinbase Account

Great! So you’ve got some Bitcoin, and you have a Bittrex exchange, now what? Well, holding onto Bitcoin itself is a great long-term plan, but if you want to make more in the short term you can pick out promising altcoins. The key is diversification.Given Bitcoin’s hegemonic status and high publicity, I see it as a great place to park 50% of my portfolio at any given time. Beyond that, I would recommend taking a look on BitcoinTalk under the Altcoin Announcements board. Pretty much every new altcoin began here, and they often hold giveaways in these threads. These threads allow you to understand the new technology, gauge interest by a number of replies and do research on who the developers are and if they will be committed to the new project.

Watch out for Pump and Dumps

The most important thing is to watch out for pre-mined pump and dumps. Many new coins are created for the sole purpose of the developers giving themselves many coins to start and selling them at an overpriced value to the public. You have to look for a real purpose for the coin, a uniqueness to it, and actually committed developers with a strong technological resume. If a coin meets these requirements, it’s worth committing a portion of your portfolio – maybe 10% – to it and seeing if it takes off!

Invest Only What You Can Afford To Lose

Last, it’s majorly important to never invest more than you can afford to lose. Contrary to popular belief, Bitcoin is actually less volatile than gold, but altcoins can certainly gain or lose 100% overnight. Cryptocurrencies should complement your investment portfolio rather than replace it. Once more, if you want to get started investing in cryptocurrency for beginners I would recommend first opening a free account at Coinbase. In order to buy cryptos, you first need Bitcoin.

Coinbase is the most trusted and reliable Bitcoin exchange.
Get A Free Coinbase Account
Hope you liked this write up of investing in cryptocurrency for beginners. Good luck, and happy trading!
For cryptocurrency news and resources, as well as personal finance expertise, check out stevesincomestreams.com or @StevesStreams on Twitter!

Will Millennials Ever Be Able to Retire?

Millennials are the new face of the retirement crisis, those born between 1981 and 1996, are the largest living generation in the...
Read more
Investing

Today we are going to cover investing tips for your 20s. In fact, investing in your 20s is the best time to...
Read more