Meet the Creators of Finnest: A Fintech Startup That Teaches Money 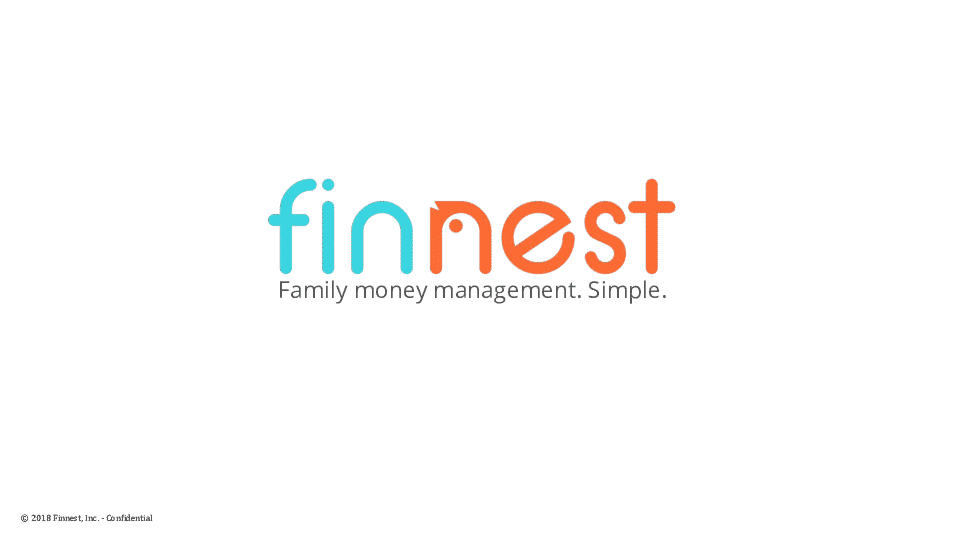 This is the story of why my co-founder and I decided to build Finnest.

I met my co-founder Richard during a Master’s Program at Brown University back in 2015 and after many conversations, we found out how drastically different our experiences with money were when growing up. We realized that not enough was done to ensure that kids in the US grow up with a sufficient knowledge of and experience with handling money.

Back to the 90’s. I grew up in the heart of Europe in Vienna before coming to the US. Banking and financial literacy are topics that I was fortunately exposed to very early in my life through my parents and culture. Throughout my school time there were banks coming into schools and teaching us about money and most importantly they opened so called “passbooks” with us. A simple savings account that looked like a small book. Every week I would earn my allowance of 10 Schilling (back in the 90’s equal to about $1) and I took this money and brought it to the bank where I could deposit it.

When money was still growing like apples on the tree

Historically interest rates have been much higher. Growing up with a passbook (today this is equivalent to a savings account) I received around 4% interest per year. Something that we can all only dream of nowadays. Early on I realized that the more money I would put in and the longer I would wait for the more interest I would earn. That’s what we call the power of compound interest.

Albert Einstein once called this concept the 8th wonder of the world. True, it made me considerably “richer” at age 10. Earning interest was just fantastic because my money was growing like the apples on the trees and back in the days the $10 interest I would see coming in feeling like a fortune to me.

It felt so good to earn interest that I didn’t want to spend any money but rather save as much as I could since my money continued to grow faster the more I would put in. And even though I received my first debit card when I was 12 years old I would not spend any money unless it was necessary. At one point in time when I was around 14 years old, I was introduced to stock investing. I’ll make it short here. Stock investing is tough and it took me 5 years of trial & error and many many trades to make a profit and actually grow my money.

Overall I am happy I made these mistakes with little $ at an early age rather than with bigger $ later on in life. Even though I still invest in stocks and I actually make a good return every year I would nowadays rather recommend you to use tools such as Acorns, Betterment, or Wisebanyan. The returns will be much smaller but so is the time and risk you have to put in it. If you would like more info about how I started investing in stocks feel free to comment or reach out to me.

During my graduate studies at Brown University, I met my now co-founder and friend Richard. Over time we found out how vastly different our approach and experience with money was. Richard who grew up in Nevada has always been a fantastic money saver even though he was never exposed to a bank account or investing until later in college. He wasn’t very aware of the opportunities he had with investing his money and the older he grew the larger became his fear of losing money through investing. Bigger amounts of money naturally can result in bigger amounts of losses. Even though he wished he would have started much earlier gaining experience with money he is happy to not have made typical mistakes many students in the US do today looking at credit card debt for example.

As part of his athletic program at Brown University, he started teaching financial literacy for Junior Achievement in middle and high schools and realized how unexposed kids were to money in general. Many months of market and customer research showed us that the level of financial literacy in the US is devastating, leading to a retirement savings crisis, $1.3 trillion student loan debt and a never before a higher number of college students that default. There is much more to it and by now we could talk many hours about what we think is a systemic problem in the US. Financial literacy courses in schools barely exist and are mandatory in only 16 states, and unfortunately, there is only a small correlation between literacy level and financial skill level.

The only proven effective way of learning how to handle money is by doing it and doing it from an early age on. Mistakes are inevitable but why not make them before there is a lot more skin in the game?

Starting a business at 25

Richard and I developed a product that would let kids have a prepaid debit card that is paired with an app. After speaking with over 200 parents and experts in the field we’ve designed functions that parents most appreciate. The app not only lets parents maintain control but also allows them to teach their kids concepts like compound interest by letting them feel the power. We have successfully built our first partnership with a bank and are planning to launch soon. Over the next few months, I will write more about our experience of starting a business, building a team, finding investors and building partnerships. All topics that were crucial milestones. If you would like to read more about specific topics comment below or email us.